What Is Donation? Anti-Corruption Compliance for Charitable Donations

Has the question, “What is donation?” ever crossed your mind? There are a wide variety of ways to serve one’s local community. Each donation, no matter how big or small, will be carefully evaluated.

For whatever reason, you may find yourself in a position where you need help right now or where you want to lend a hand to someone else. Donations are a viable source of funding. What you provide doesn’t matter as long as you give something.

Donations can take the form of anything useful, including food, clothing, money, or even a part of your body. If you are looking for details on giving to charity in a variety of forms, you have found the proper spot. We will discuss the various forms of contribution and the procedures associated with them. Have a seat and listen up while I run over the basics of the present.

Donations of all sizes from businesses and individuals support a wide range of nonprofits that work to improve society via education, religion, and other public service. 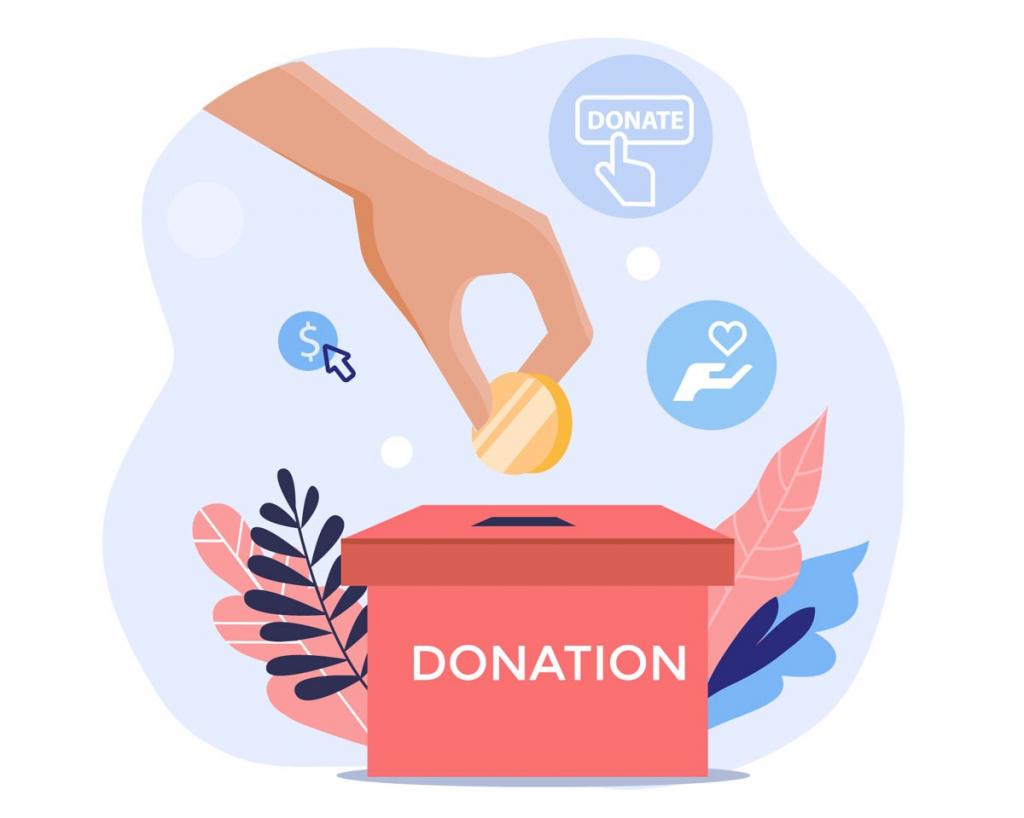 A donation is accepted by the recipient group without any consideration, unlike a legal contract.

It has become more common for corporations to donate to high-profile causes as a way to raise their brand’s visibility. Over $20 billion was donated by corporations to nonprofits worldwide in 2017, the most recent year for which data is available, with $2 billion of it coming from the top 10 companies.

What is an Example of a Donation?

Microsoft also provides its employees with financial incentives for their charitable work through its volunteer grant program.

Coca-Cola is only one example of a company that has connected itself to a specific cause. A total of more than $800 million in donations have been made by the beverage firm since its inception in 1984.

Is a Contribution the Same as a Donation?

Here, it’s especially important to separate gifts for the greater good from those made for political purposes. In the United States of America, corporations can receive a tax break for contributions to certain charitable organizations.

Organizations like these are good examples of those that qualify:

On the other hand, neither individuals nor businesses can claim a deduction for contributions to political campaigns.

Scammers have set up fake charities to steal money from real ones as corporate donations to charity have increased. If these funds fall into the hands of corrupt foreign officials, it might be a violation of the Foreign Corrupt Practices Act (FCPA).

Corporations should exercise caution before giving to charities by doing extensive background checks.

Companies should at a bare minimum:

What Donation Is In General

Whenever possible, stay away from making donations to individuals or organizations that have regulatory authority over your company’s operations. 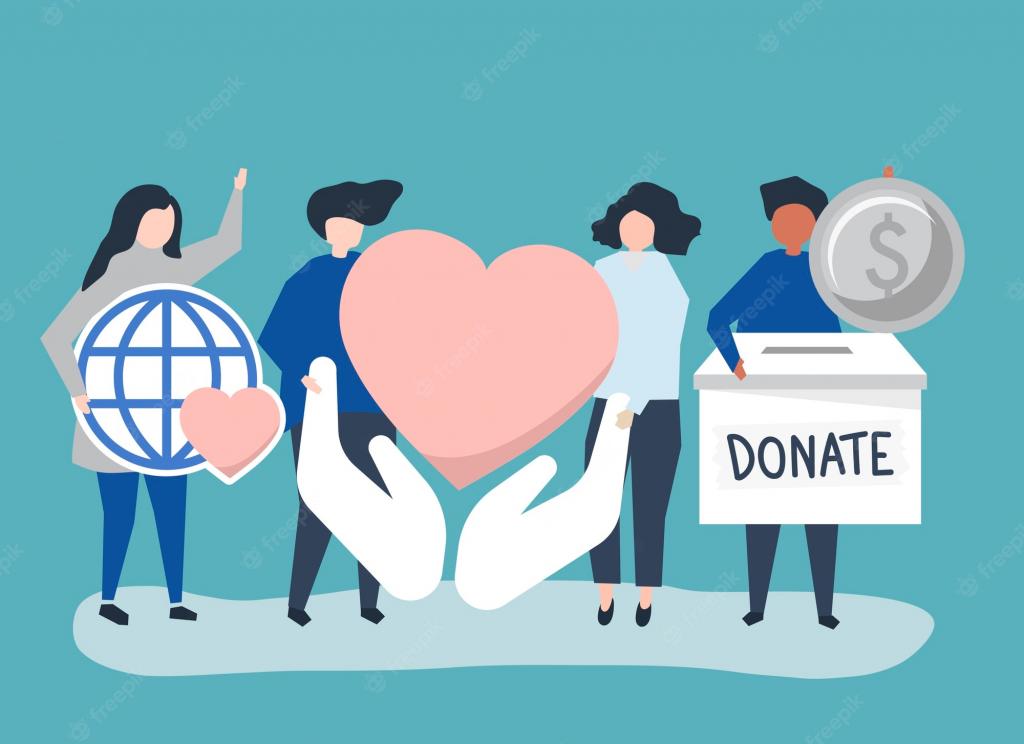 Donating to those who have power to restrict your business’s activities is a bad idea.

You can make a gift to Inter Vivos while you are still alive. Blood donation, gift giving, and the transfer of property are all examples of Inter Vivos.

Mortis Causa is effective immediately upon the demise of the donor. As a result, it is common practice for donors to have their organs and tissues frozen in the event of their untimely death. Examples of this type include insurance trust funds, bequests, and wills. Donations of organs to hospitals are another example of Mortis Causa.

The Latin personal name Nuptias means “a gift due of marriage.” This is done as a gesture of goodwill toward the newlyweds. The prenuptial gifts given and received are just one example.

Donating benefits you as well as the person you’re supporting, did you know that? The following are just a few of the many reasons why you should consider making a charitable donation.

Did you know that when you make a donation, you and the person you’re helping both benefit? Listed below are just a handful of the many arguments in favor of giving to charity.

Donors may be wary of giving to charity out of fear that their money will be taken out of their checks by the government. However, there are still avenues open to you for evading this. Not all tax penalties can be eliminated, but at least some can be mitigated. Gift Aid is a tax-saving scheme that ensures charities receive 100% of the money you give them, if you live in the UK and pay income tax there.

The old adage says, “Sharing is caring,” and by showing your kids the value of helping others, you may be setting a good example for them. Your children may grow into a more optimistic outlook on life.

Since they haven’t yet learned to accept the evil that permeates our culture, children are more likely to provide a hand even at an early age. So, if you want to help improve your child’s view on life, model generosity for them.

Remember that the way you treat your loved ones can have a significant effect on how they feel about you. Friends and family are the same. If they know you are donating out of the goodness of your heart, they may feel moved to do the same. Volunteering is a fantastic way for families to spend quality time together while also making a positive impact in their local community. Giving to others is a great way to benefit yourself and your loved ones.

Why is donating important?

Charity helps bring about the changes we can’t bring about on our own. In this way, social impact organizations not only accomplish their goals, but also equip individuals to create positive changes in their communities and the world at large. To better the world, they rally the support of others.

What motivates a donor to give?

According to this study, which is repeated every two years, the following are the most common reasons given by donors. Participation in the organization’s activities (54 percent ) Highlighting the significance of their donation (44 percent ) Experiencing inner joy, satisfaction, or happiness (39 percent )

What are major donors?

A generous donor who makes a substantial difference to the organization they support. No set dollar value can be used to characterize the size of a substantial donation. An group requesting funding has complete discretion over who they consider to be a major donor. Individual NGOs and philanthropy as a whole benefit greatly from the contributions of major philanthropists.

How do you treat donors?

A generous donor who makes a substantial difference to the organization they support. No set dollar value can be used to characterize the size of a substantial donation. An group requesting funding has complete discretion over who they consider to be a major donor. Individual NGOs and philanthropy as a whole benefit greatly from the contributions of major philanthropists.

How can I get donors?

Someone who donates a lot of money to a cause and makes a real difference. An indeterminate sum of money can be considered a sizable donation. It is up to the fundraising group to decide who constitutes a major gift. Individual NGOs and charity as a whole benefit enormously from the donations of major philanthropists.

What to say to ask for donations?

Send a recap of the meeting with a thank you note from the person who asked for the donation (if appropriate). Include a payment link if credit card is being used. A tax receipt/Thank You letter should be sent out as soon as possible after the donation is received, preferably within 48 hours.

What is a donor statement?

Donor statements can provide an overview of fundraising and donation activity. Donors can get their annual statements sent to them through email or regular mail at any time of the year to help them keep track of their tax-deductible contributions. 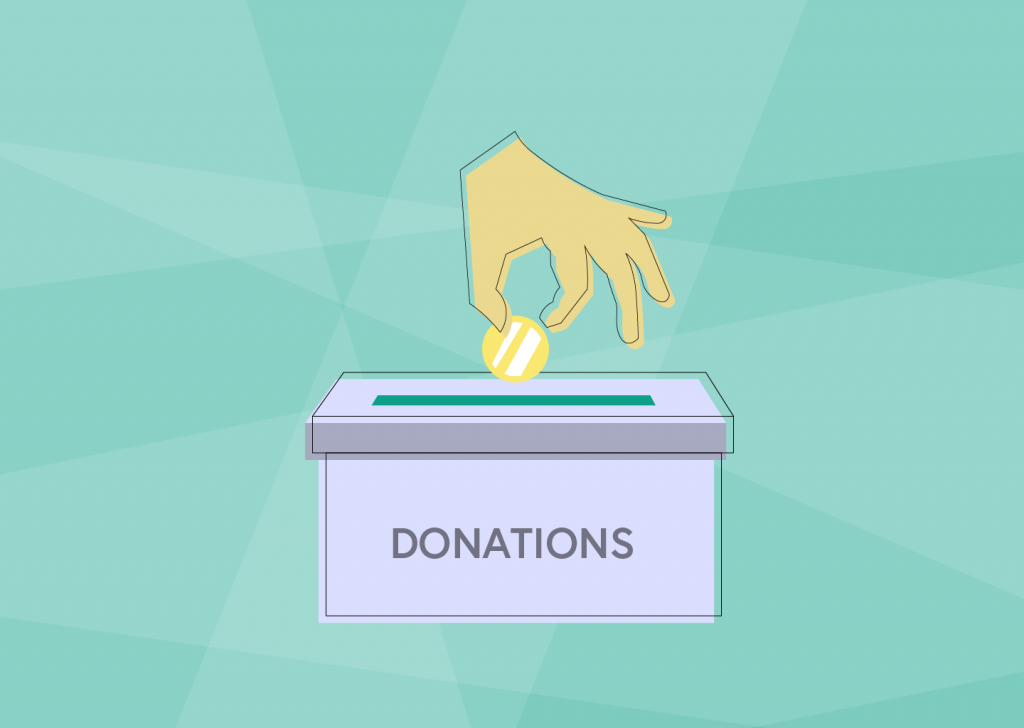 What is a donation request?

Donation request letters are letters given to donors and potential donors by nonprofit organizations to ask for financial support. … A well-written donation request letter will often include a short explanation of the issue being addressed and a clear request for support.

What is a donor letter?

What is donor strategy?

A big donor strategy seeks to strengthen ties with a donor over time in order to increase future contributions from that person or organization.

You can make a donation now that you know what one is. Whether you’re merely curious or actively looking for a specific type of donation, understanding what a donation is is essential. To what extent have your studies motivated you to help those less fortunate than yourself? If you answered yes, then it’s important to find a charity that you can have a real impact on. Once you care, you can’t help but share with others. Friends, do your homework on how to properly enter a donation into QuickBooks and how to arrange for payment through PayPal.